Our agendas for this month’s meetings were very light, but a lot is happening in Arlington.

At our Saturday meeting, we adopted our state legislative package, as we always do. In it, we indicate mostly general positions we plan to support in the General Assembly session that begins in January so that our staff and our legislators have some clear guidance on where we stand.

The most significant issues coming up this year will be mainly financial. The Commonwealth will get a windfall from changes in Federal tax law, partially because our state income tax is derived from the Federal tax. The removal of deductions for large mortgages and for local taxes means some people will be paying more in taxes. The effects will be clearer this spring, but likely some Arlingtonians’ effective taxes will go up. That money will not go to local government, but only to the state and the Federal governments, which have often cut rather than increased their support for local government services. This likely will be another financial challenge for local governments like Arlington trying to provide high quality services with as small a tax burden as possible.

On a more positive note, we voted to support the ERA in our package. It has a strong chance of becoming a federal constitutional amendment if Virginia ratifies it. I remember marching in support of the ERA back in 1978. Some good things take a long time! 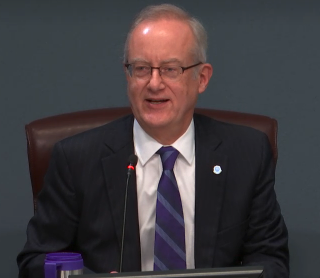 We also said a public goodbye to John Vihstadt as a Board member with a packed, standing room only crowd, humorous and serious Board resolutions, remarks by each Board member, and over 20 public speakers. It was clear that John is well loved throughout Arlington, and that while he is leaving the Board, he is not going far. John announced that he will be on the Virginia steering committee for the national group called Unite America. 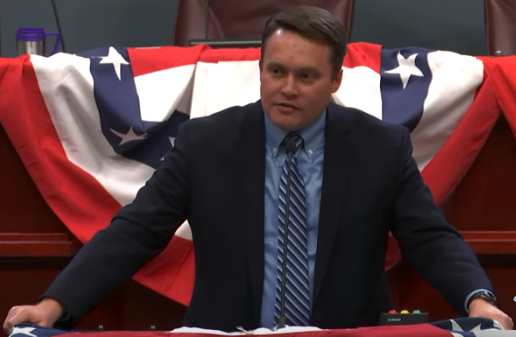 On Tuesday we welcomed Matt de Ferranti with his swearing in, which also drew a large and enthusiastic crowd. Matt spoke about his passion for and commitment to serving the most vulnerable among us. He also spoke about the importance of coming together as a community and graciously led two rounds of applause for John. I will miss John as a Board colleague, but look forward to serving with Matt.

In between, we held a town hall listening session on Amazon and heard from people all over Arlington and Virginia. Speakers raised concerns about the effects Amazon will have on transportation, housing, and education, as well as what sort of corporate citizen Amazon is and will be. We will have another session January 12th at a location still to be determined and, of course, welcome comments anytime.

There is a lot of information online for those interested in learning more. We are working on getting that information into Spanish. I continue to think that Amazon coming is a good thing overall, but am clear eyed about the challenges they will bring. I also believe the Virginia Tech Innovation Campus that is coming to the Alexandria side will bring many changes and be a positive influence for our whole region.

This is a time of year for reflection and celebration with loved ones. I am not traveling, but happy to have my daughters and their families here in Arlington with me. I wish everyone a safe and happy holiday season. I look forward to serving you in 2019.