June saw a combination of usual items and some less usual issues. As we usually do, we voted on a number of land use and regulatory issues that should make life better for Arlingtonians. We approved a streamlined approval process for APS to put relocatables on school property when they need to accommodate increased enrollment in a school. This really was a common sense change to our zoning ordinance and should save both School and County staff time. 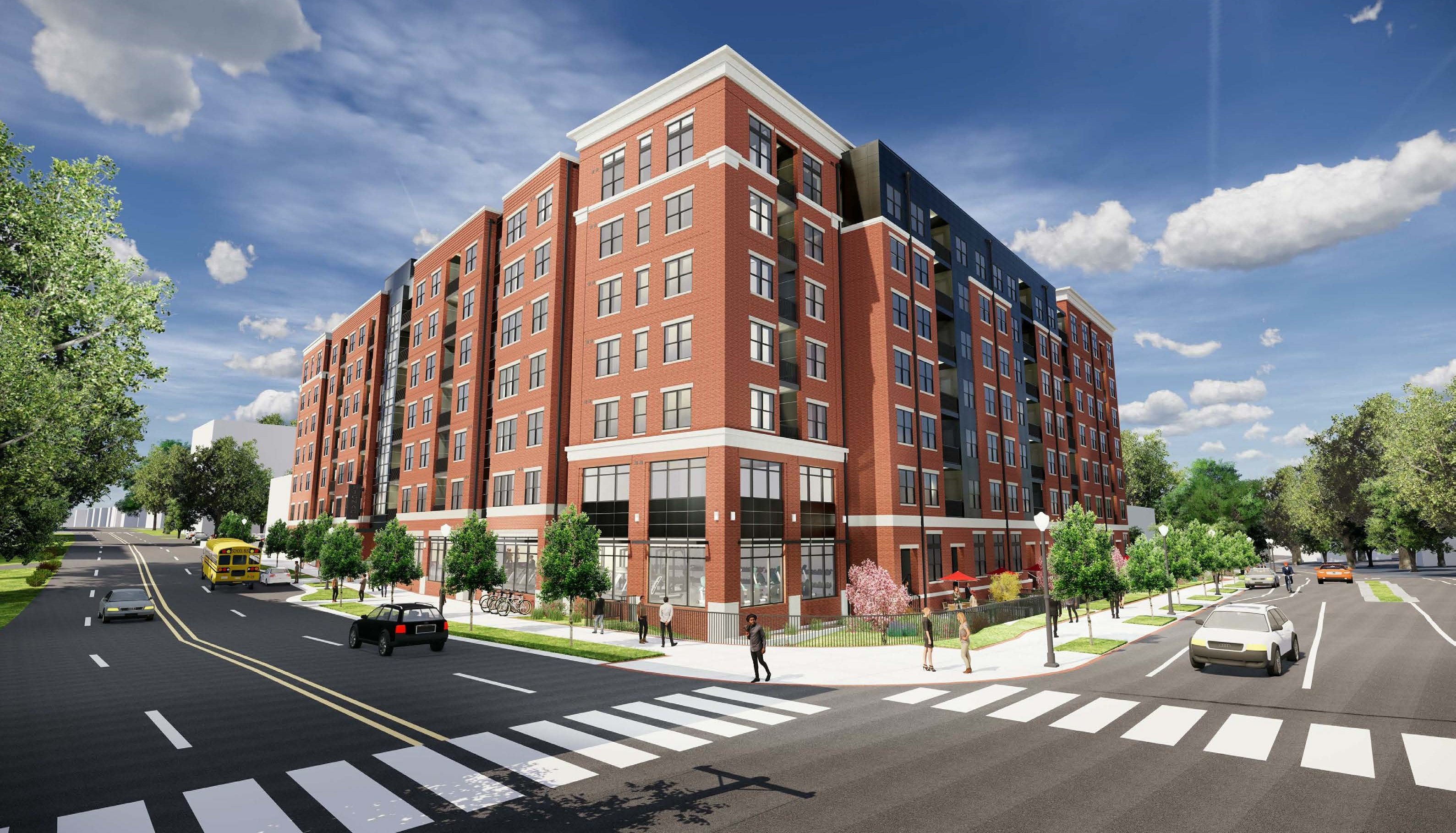 We also approved a 255-unit residential building on the Washington Blvd/Kirkwood Road site. When the Arlington YMCA comes forward with its adjacent project, the last major development of the site will be done. This is an important site that has long needed attention. I believe it will be a much more attractive area for everyone, provide a sense of refuge with the future green space added to the historic burial ground there, and become a good buffer to Washington Blvd. for the neighborhood.

While this large site will enhance its neighborhood when complete, getting there will not always be easy. There were some understandable concerns from neighbors across the street about the building’s height, but the Board agreed with our staff that the large setback from the street and the slope of the property mitigated the effect of the height.

Most of the discussion centered on the Ball Family burial ground. We all would like it to be improved and available for passive enjoyment but it is owned by many Ball family descendants, who cannot be easily located. We will undertake some title search work that may include researching some other burial grounds in the county which also are of undetermined ownership.

After deferring the issue in May, we approved changes to allow flexibility to the loading dock Operations at 800 and 900 N. Glebe. The building was approved years ago, without sufficient interior loading capacity. Many neighbors had reasonable concerns that the changes would create noise and risk safety. But when the issue came back to the Board in June, there were few speakers against the proposal. It was clear the building owner had done much to mitigate problems. I was impressed with how the building operator and the neighbors worked together to improve a difficult situation for everyone. 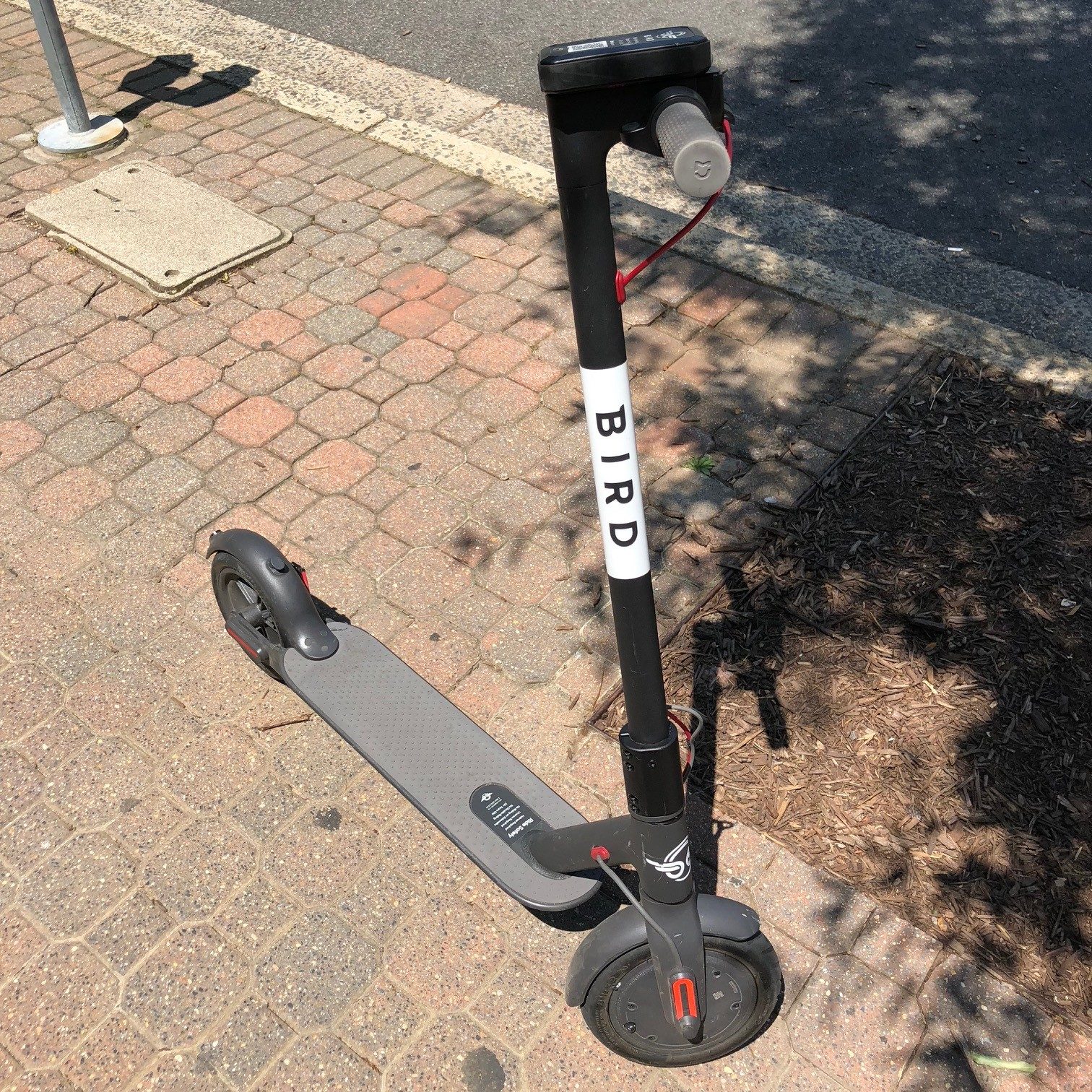 The Board also considered some less usual issues that reflect our changing community. We extended the scooter pilot so we can gather more complete information. Staff are working to enforce our agreement with the operators for safe operation of scooters, such as no riding on sidewalks, no underage riders, parking that doesn’t block pedestrians. They will report back to us about that enforcement next month. The Board made clear that while we extended the pilot, we want to do as much as we can now to improve scooter safety and operations. Two years ago, scooters would never have occurred to me as a County transportation issue.

It’s not usual for the County Board to act because of a presidential tweet. But in response to concerns prompted by a tweet President Trump sent last week, the Board issued a statement at last week’s Board meeting reminding residents of the resources for immigrants on the Arlington County website (in multiple languages). We have also provided funding for the Legal Aid Justice Center, who can assist with legal questions. I encourage those of us with ties in our immigrant community to pass on this information. 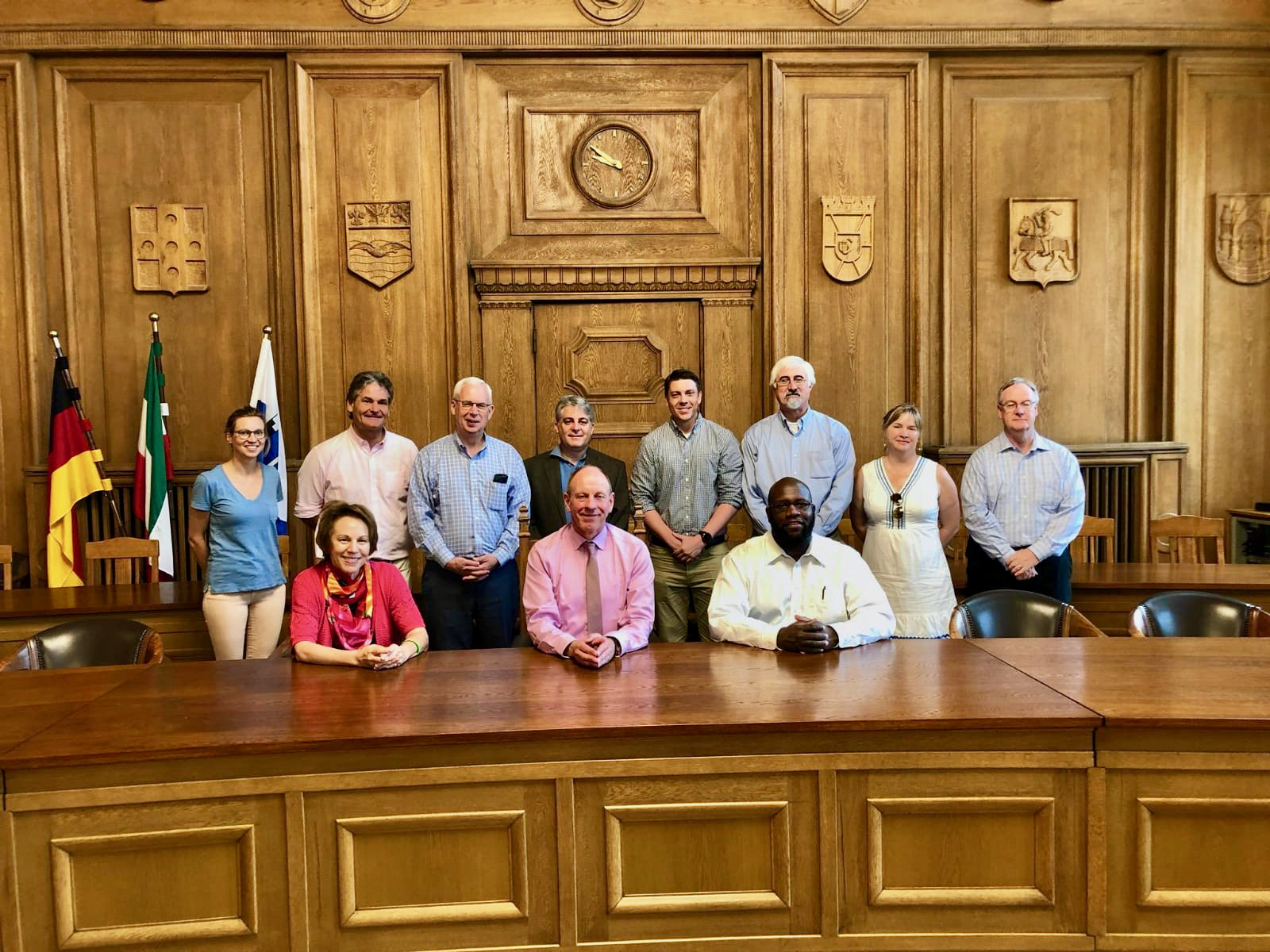 Two activities occurred outside of our meeting that indicate our future direction. First, I was in Germany for two weeks representing Arlington with our Sister City of Aachen, and then as part of a delegation from the Northern Virginia Regional Commission looking at Germany’s transition as they phase out use of coal and nuclear energy and switch to renewables. They are making amazing strides, and in March had a week when 65% of their energy came from renewable sources. My presentation at the County Board meeting is likely the first of a series as I report out on what I learned. We also are making strides here as our new Community Energy Plan will show next month. 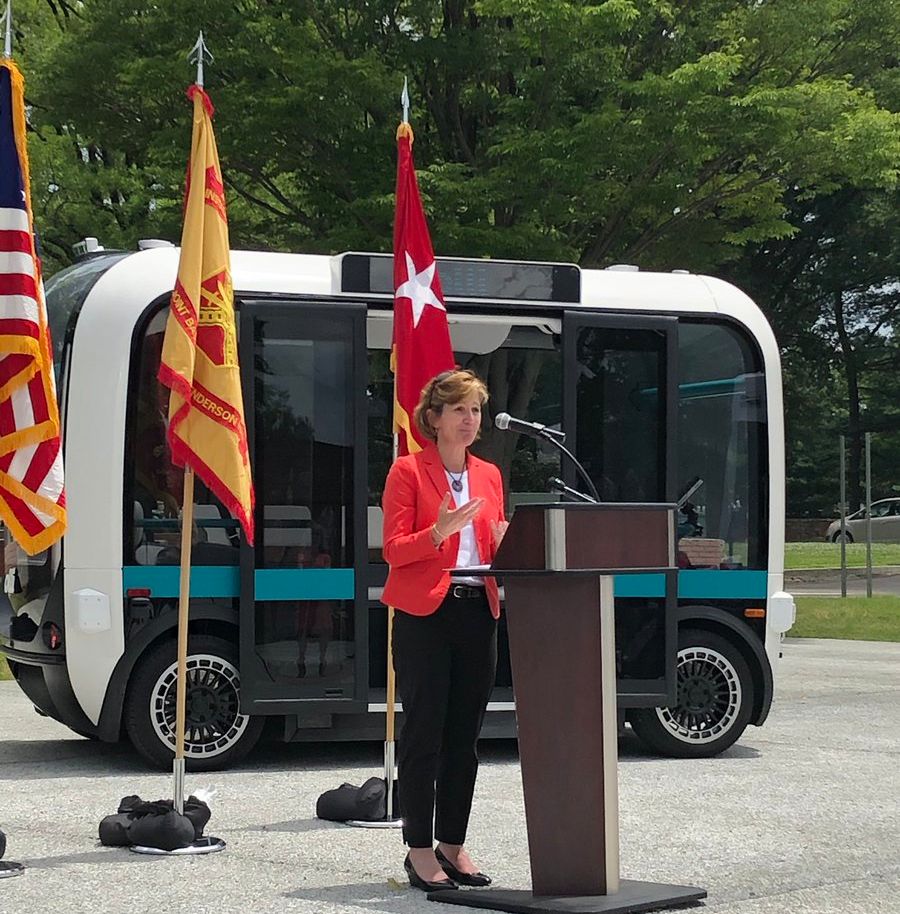 Second, I had the pleasure last week of participating in the launch of Olli electric autonomous vehicles at Joint Base Myer Henderson Hall. Olli is a complete rethinking of how vehicles are designed, operated, and made. There is no manufacturing center because they are made by 3D printer. Unlike the driverless car I rode in on the base a few years ago, I did not feel at all nervous in this vehicle. The second phase of the pilot is planned to go off the base to the Pentagon and, after that, the third phase is planned to go to from the base to two Metro stops in Arlington. I think we will all be hearing a lot more about Olli.

As always, I hope this post is helpful and informative. Please don’t hesitate to contact me with any questions, thoughts, or concerns about Arlington County.